A Blockchain is a network of computers that work in a decentralized manner and agree on the current true state of data in a transparent and predictable manner.

Interest in blockchain has grown significantly over the past five years as the technology has matured and large organizations, and even world governments, have started dabbling in it.

It moved along the Gartner Hype Cycle from `The Peak of Inflated Expectations` in 2016 to the `Trough of Disillusionment` in 2018, due to multiple failed projects, and scam ICOs — a way for projects and individuals to raise money in the open (crypto) markets.

We’re now at a point where companies are beginning to understand that blockchain isn’t a silver bullet and needs to be evaluated to determine how much benefit it can really add.

There are, at a very high level, two kinds of blockchains:

The Bitcoin public blockchain was the first digital currency to solve the double spend problem without the need for a central authority or server. A decade later it is still arguably the gold standard in decentralization and continues to inspire multiple other teams and projects.

Ethereum, the second-largest cryptocurrency by market cap after Bitcoin, was initially described in a white paper by Vitalik Buterin in 2013 who believed there was a need for a general purpose blockchain to build decentralized applications upon. In 2014 work on Ethereum officially began through a Swiss registered company. Ethereum describes itself as `a global, open-source platform for decentralized applications`. The code on the Ethereum is mostly written in a Turing complete language called Solidity. Ethereum has the largest developer community and a very low barrier to entry making it attractive to build and prototype projects on. While a majority of the projects on Ethereum revolve around the transfer of value and decentralized finance, it has also seen a lot innovation in the p2p messaging, and other domains. Some of the most popular projects like Status are open source.

Public blockchains have the following properties:

The public blockchain space is evolving and maturing at an accelerated space but still hasn’t reached a point where large enterprises feel comfortable launching full-fledged projects on it.

This has opened the doors to private enterprise chains that provide guarantees around privacy, access control, and permissions that the public chains currently do not.

Private chains defer from their open counterparts by not allowing anonymous participants (all members of a private blockchain are known) and allowing for confidential contracts and transactions between parties.

The 3 main pillars of Blockchain overall are:

Each chain achieves it in different ways based on its core principles.

The Ethereum and Bitcoin chains are totally open, while enterprise chains achieve these in a closed business context with known participants.

The main part of any blockchain system is its consensus layer. The most well-known is the Proof of Work (PoW) consensus that’s being used by the Ethereum and Bitcoin blockchains. It rewards nodes for solving a complex mathematical puzzle that consumes a lot of computational resources.

While PoW is secure, it is also inefficient in terms of the performance and the massive cost of electricity to run it. As a result, Ethereum is moving to the Proof of Stake (PoS) consensus, which rewards nodes proportionately to the number of coins the node stakes to mint a new block.

Most blockchains also have a `Smart Contract` layer that allows developers to write a code that executes on the blockchain in a deterministic manner. Smart contracts are used to encode core business rules needed to carry out an action on the blockchain.

The main benefits Blockchain provides to both individuals and businesses are:

Stay up-to-date with our newsletter

You successfully subscribed to our newsletter!

When to use Blockchain:

Aaron de Miranda Colaço (aaroncolaco.com) is the Head of Blockchain at qiibee and works closely with enterprises to help them use blockchain to solve their complex business needs.

qiibee is the global standard for loyalty on the blockchain

We offer you the future. The untapped potential of loyalty at the tips of your fingers. Trustless interoperability. Enhanced security. One universal truth within your database. 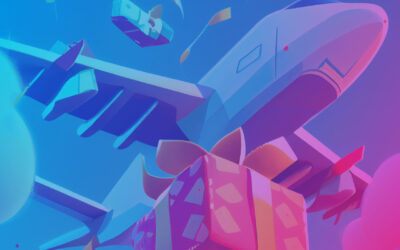 Top 5 Loyalty Use Cases of the Week #3

In the third entry of our weekly loyalty series, we are breaking down the most recent selection of... 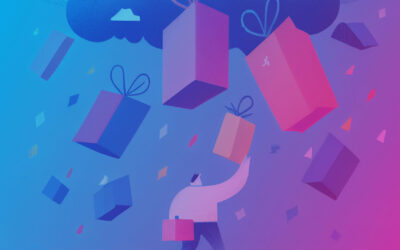 Top 5 Loyalty Use Cases of The Week #2

In our second weekly loyalty series, we are once again showcasing our selection of the top five... 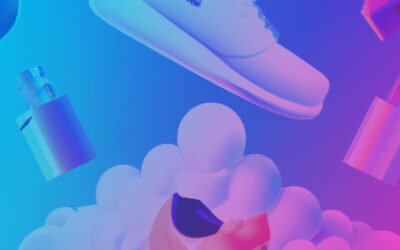 Top 5 Loyalty Use Cases of The Week #1

Welcome to our new loyalty series, which provides a collection of the top loyalty program use...